Posted by Rose Marie Raccioppi at 8:07 AM No comments: 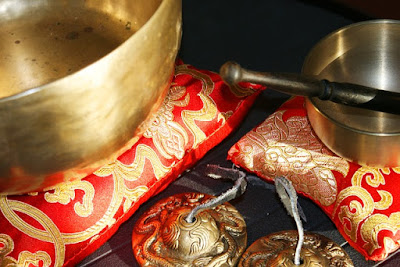 Sound healing is the practice of using audio tones and vibrational frequencies to repair damaged tissue and cells within the body. It works on the basis that all matter is vibrating at specific frequencies, and sickness, disease, depression and stress causes human beings to vibrate at a lower frequency. Playing tones that promote healing, happiness and vitality will allow DNA strands to repair themselves, and several scientific studies have been conducted on the potential healing benefits of audio sound frequencies. Sound has been used as a healing tool for centuries, and is still regularly utilized by many different alternative healthcare centers. Tibetan singing bowels, tuning forks, drumming therapy, and even chanting are all used in sound therapy and many participants experience strong emotions during therapy sessions. Advocates of sound healing claim that it has the power to heal mental illness, arthritis, autoimmune disorders and can even shrink cancerous tumors. Learn about the different forms of sound healing and examine the evidence that supports its use as an alternative medical practice.
Dr Emoto’s Messages from Water
Dr Masaru Emoto is a Japanese researcher at the Yokohama Municipal University who stunned the world with the release of his book, Messages from Water. Dr Emoto designed an experiment to test the effect of spoken words and music on water molecules. He placed several bottles of purified water next to each other and exposed each bottle to different spoken words, music or pictures. The words ranged from ‘I love you’ to ‘you make me sick’, and Dr Emoto experimented with different forms of music such as heavy metal and Mozart. The water was then frozen and Dr Emoto used a very powerful microscope to take high-speed photographs of the newly formed water crystals. The results were astonishing, and all of the samples that had been exposed to positive words and relaxing music formed beautifully intricate patterns and symmetrical, geometric shapes. By contrast, the samples that were exposed to heavy metal music and angry words were distorted and disharmonious. Dr Emoto claims that the results show that water is directly affected by outside influences such as sound, vibration, and frequency, and as human beings are 70% water, our health and wellbeing are also affected by these stimuli.
Cymatics And Sacred Geometery
Cymatics is the visible representation of sound and its study has been documented as far back as the 1600s in an essay by Galileo Galilei. It began gaining popularity in the 1960s when Dr Hans Jenny conducted several experiments that showed how sound could be converted into physical form. Jenny’s experiments involved placing some form of powder of crystallized substance over a flat surface and connecting the surface to an amplifier or tonoscope that could cause the surface to vibrate at different musical tones and frequencies. As the tones were played, the powder would shift into different geometrical patterns which became more complex as the frequency was increased. The results of Jenny’s experiments have been recreated by thousands of people all over the world, and typing cymatics into YouTube will bring up some truly startling videos showing how sound can influence physical matter.
Modern Forms Of Sound Healing
Clinics offering sound therapy can be found all over the world, and many offer a wide range of different treatments. Crystal bowls, shamanic drumming, tuning forks, and even didgeridoos are all utilized in sound healing and patients often take part in group sessions or workshops. Music therapy is a form of sound healing and is widely used in hospitals in the US to treat disorders such as schizophrenia, amnesia, depression, and can even assist those recovering from a stroke or other serious brain injury. Binaural tones are also widely used to promote different mental states, and musicians sometimes insert them into their music to create an effect on the listener. A wide number of guided meditations are available online that use binaural tones, particularly 528Hz which is known as the divine frequency, to bring the listener into a deep meditative state that allows the body to heal and repair itself.
Scientific Evidence for Sound Healing
A two year study supported by the Klaus Tschira Foundation in Germany proved that sound therapy was able to significantly reduce the symptoms of chronic tinnitus. Not only did sufferers report a significant decrease in their symptoms, MRI images of the subject’s brains during treatment showed that sound therapy was able to activate certain areas of the brain that researchers believed were responsible for the unpleasant symptoms associated with tinnitus.
A study that examined the effects of music therapy on those with Huntington’s disease was conducted by researchers at the University of Rochester in 2005 and involved the use of group singing, drumming, and music assisted relaxation. All of the 5 subjects who participated in the trial responded well to the use of sound therapy, and further trials are being organized to test the therapy on a wider range of subjects.
Researchers in the UK have found that sound wave therapy successfully cured 90% of male patients that were suffering from prostate cancer, and did so without any harmful side effects whatsoever. Dr Hashim Ahmed, who led the study at University College London Hospitals NHS Foundation, stated “We’re optimistic that men diagnosed with prostate cancer may soon be able to undergo a day case surgical procedure, which can be safely repeated once or twice, to treat their condition with very few side-effects.”
Words and sounds are much more than just a method of communication. They are tangible forces that have a direct effect on our health and wellbeing. The study of quantum physics shows that the human body and the entire universe is made up of tiny pieces of matter vibrating at certain frequencies and joined together by magnetic forces. Exposing the internal organs and brain to different musical frequencies will encourage them to heal from within, and sound therapy helps to raise the frequency of the human body promoting health, vitality and spiritual wellbeing.
Sources:
http://www.whatthebleep.com/water-crystals/
http://www.collegeofsoundhealing.co.uk/pages/methods.html

Permission is granted to copy the title and first one hundred words with the provision that the author's name be included and a link to the original article be added.
http://www.jbbardot.com/studies-confirm-sound-therapy-heals-arthritis-cancer-tinnitus-autoimmune-disease-and-more-using-vibrational-frequencies/

Posted by Rose Marie Raccioppi at 11:07 AM No comments: 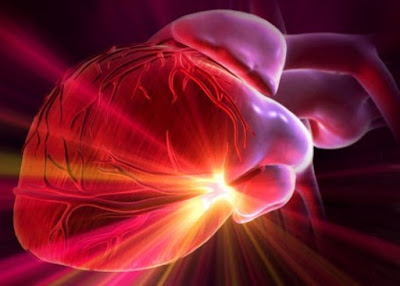 There is a consciousness within sound... the lyrical sounds of nature in a woodland, the crashing of thunderous waves of oceans, the running flow of rivers, the babbling of a brook, each perception is itself a vibration experienced by both mind and body. Thoughts, memories, reflections, sound their impressions within the SELF. The pulsing heart as conductor orchestrates the inner and outer cell signaling and holds to the cadence of love.

"… find that which the body-mind responds; not just what it likes, or dislikes, but that which strikes a vibrant chord within the consciousness of the individual…" Edgar Cayce

The APOGEE Acu-Tone™ experience begins with our own heartbeat and awareness of breath. Seven sounds, each vibrating to notes C to B are offered. The Chakras, The Accupuncture Points and Meridians, offer fields, points and pathways of passage for the sound. Each sound offered is in response to the call of the body. The body provides the information that guides both the giver and receiver. . APOGEE Acu-Tone™ is an integrated system of Attunement Therapy™ based upon The Entrainment Transformation Principle and the natural intelligence behind life's quest for harmony of body, mind and spirit.
Image: Google Search: Our Heart as a Power Plant..nextnature.

Posted by Rose Marie Raccioppi at 7:06 AM No comments: