The Change REAL... the Transformation LIVED...here in presentation... 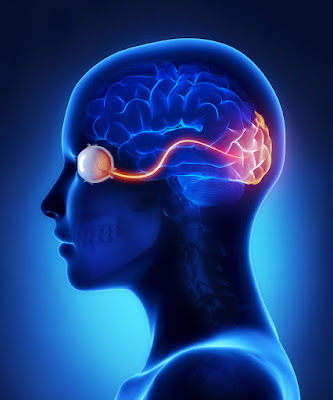 "A little while back, I started to have this gut feeling that I needed to do something with my eyesight. Going to the optometrist year after year, I noticed my long distance vision would become increasingly worse. When asked the question of what to do to help it, the only answer I was provided was to wait a few years, and my eyesight would level out. Years later, and it still continued to get worse. I had this voice inside my head saying, "There's another way."

With a strong belief that I could help my eyesight, I went to see Rose Marie Raccioppi. Aware of her own personal eyesight change and improvements, I knew that I had found someone who could help direct me. What I discovered went beyond what I had imagined.

After my first Acu-Tone™ session, I felt like I was floating. Feeling lighter, and more abundant in the space I was residing in. I was driving home and began to cry. Although I was still wearing my glasses, I saw more perfectly than I have in my entire life. I was reading road signs out of the corner of my eyes without even trying. I saw beyond perfect lines and letters. The vision I had was greater; extending to a deeper truth and understanding for life. And the craziest thing happened. My eyes started gravitating towards the distance. Previously plagued with the fear of the future and the unknown, this was amazing. I was now looking ahead.

If you had asked me a few years ago, I would have been very skeptical. It was Rose Marie Raccioppi that helped me understand how deeply our experiences, our emotions and our thinking, are tied to our physical body. I had not realized how significant certain experiences were in shaping me and my eyes.

Through this journey, I started noticing other parts of my life that were preventing me from moving forward. Starting out as a quest for perfect vision, I found a deeper connection to myself, my spirituality, the intentions I want to set forth in life, and of course, a continued change towards visual healing."

And so it is:
Do peruse: https://apogeeacutone.blogspot.com/2014/08/vision-making-discernable-difference.html

Matt Fascaldi So a little over Four years ago, I found out that I needed  prescription glasses. My left eye was one level below 20/20 and my left eye was 2 levels. I went for a physical and have 20/20 in both eyes. In between that time I have worked with Rose Marie and it was an amazing feat as a result of consistency and open mind.

From J.R. This in response to last evening's  Acu-Tone™ Restorative Frequencies session:
"All I can say is...WowYou are amazing and I feel empowered for first time in 7 weeks ." (9/18/2019)

Posted by Rose Marie Raccioppi at 3:02 PM No comments:

THE HEALER AS THE SEEKER OF VIBRATIONAL TONES 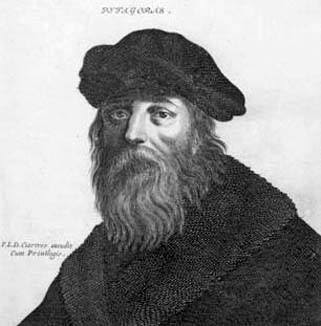 THE HEALER AS THE SEEKER OF VIBRATIONAL TONES
YES... indeed... "... each individual therefore has a keynote or vibrational frequency that, when sounded, will complete him and bring him to perfect harmony of body, mind and soul."
...and this in accord with my life's work... ancient wisdom in modern day practice..

Rose Marie Raccioppi
THE MUSIC OF THE SPHERES
PYTHAGORAS


"The Pythagoreans believed that everything which existed had a voice and that all creatures were eternally singing the praise of the Creator. Man fails to hear these divine melodies because his soul is enmeshed in the illusion of material existence. When he liberates himself from the bondage of the lower world with its sense limitations, the music of the spheres will again be audible as it was in the Golden Age. Harmony recognizes harmony, and when the human soul regains its true estate it will not only hear the celestial choir but also join with it in an everlasting anthem of praise to that Eternal Good controlling the infinite number of parts and conditions of Being.


The Greek Mysteries included in their doctrines a magnificent concept of the relationship existing between music and form. The elements of architecture, for example, were considered as comparable to musical modes and notes, or as having a musical counterpart. Consequently when a building was erected in which a number of these elements were combined, the structure was then likened to a musical chord, which was harmonic only when it fully satisfied the mathematical requirements of harmonic intervals. The realization of this analogy between sound and form led Goethe to declare that “architecture is crystallized music.”


In constructing their temples of initiation, the early priests frequently demonstrated their superior knowledge of the principles underlying the phenomena known as vibration. A considerable part of the Mystery rituals consisted of invocations and intonements, for which purpose special sound chambers were constructed. A word whispered in one of these apartments was so intensified that the reverberations made the entire building sway and be filled with a deafening roar. The very wood and stone used in the erection of these sacred buildings eventually became so thoroughly permeated with the sound vibrations of the religious ceremonies that when struck they would reproduce the same tones thus repeatedly impressed into their substances by the rituals.


Every element in Nature has its individual keynote. If these elements are combined in a composite structure the result is a chord that, if sounded, will disintegrate the compound into its integral parts. Likewise each individual has a keynote that, if sounded, will destroy him. The allegory of the walls of Jericho falling when the trumpets of Israel were sounded was undoubtedly intended to set forth the arcane significance of individual keynote or vibration. On the positive side, each individual therefore has a keynote or vibrational frequency that, when sounded, will complete him and bring him to perfect harmony of body, mind and soul. "

Posted by Rose Marie Raccioppi at 3:01 PM No comments: