To BE Reborn Onto SELF... 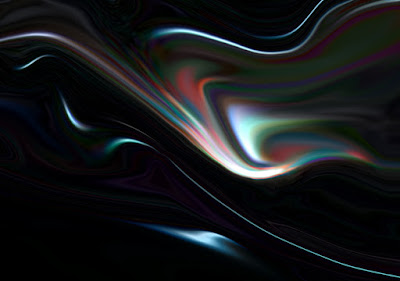 To BE Reborn Onto SELF...
The rustle of leaves, the sounding of the wind, the movement of water, be it the gentle flow of a stream, a cascading waterfall, or the thunderous sound of cresting waves, motion is felt, is heard, is perceived. So too, with breath, thought, imagination, senses become engaged, experience reaches to the depths of BEING. And in a myriad of ways, we in a moment are reborn onto SELF...
More and more research has shown how significant music/sound is to memory. A familiar melody, a sound, and with it time and memory become present, alive, and newly real. APOGEE Acu-Tone™ offers pure acoustic sounding to bring us to our Primordial BEING. Restorative frequencies feed the energetic need. We are enlivened to the SELF that calls to wellbeing. We are freed to explore our consciousness as cause and effect. Testimonials speak to the experienced myriad of benefits. Yes, our Primordial BEING is responsive to all that is sound, all that is vibration, all that has become part of our consciousness.
Pure acoustic sound/vibration brings one to be reborn onto SELF...This known by the ancients of Egypt as they created Sound Chambers within designated pyramids. Greek and Roman philosophers, sculptors and artists, put forth the interrelationship between, sound, form and structure as expressions of divine proportion and sacred geometry. Creation, be it of human life, animal life, plant life, mineral and crystal life, is the ever expressive spiral, vortex of form and sound. Creation offers Harmonic Alignment and Dynamic Stability.

Posted by Rose Marie Raccioppi at 9:16 AM No comments:

Black Hole... Crowned by Light ~ First Ever Photo of a Black Hole 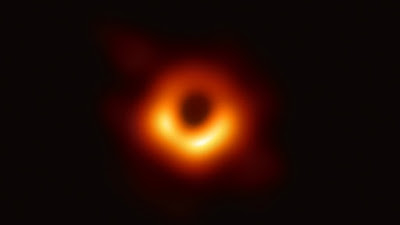 Vistas afar... Light and the LIFE of Creation... Brilliant crowning light emergent in response to depth of darkness... this of Our Universe... this of our very SELVES... Orange, the vibration of the Solar Plexus Chakra, the seat of procreation, the vibration of the keynote of D... flow, illumination, creation... What is here presented is in accord with the thoughts and perceptions of the ancients of Egypt, China, India ... the mystics, the philosophers, the healers, the visionaries, and the scientists guided by TRUTH and BEING...

Restorative Frequencies ... the offerings of APOGEE Acu-Tone™ ... to bring YOU to vibratory balance and live in accord with the power, light, vibration of wellness and wellbeing.
www.acu-tone.com  https://apogeeacutone.blogspot.com/2014/09/the-clastrum-telomeres-and-restorative.html

Posted by Rose Marie Raccioppi at 10:15 AM No comments: 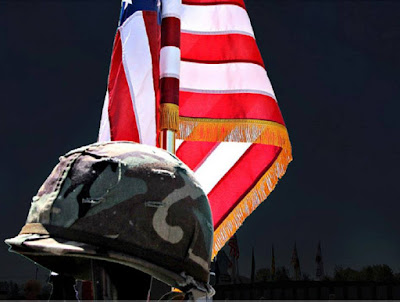 A teen age boy breaks out in a cold sweat as the test booklets are handed out, feels a wave of nausea... another student feels panic each time he is called upon to read out loud, another student refuses to ever try out for a sports team.... a veteran dreads the feeling he has when the fireworks of July 4th go off... what is the common thread that weaves such responses... YES, Post Traumatic Stress... not a 'Disorder' but a compensatory mechanism that must be understood, supported and transformed. This the APOGEE Paradigm™ ... a systems approach that brings awareness, resolve and empowerment...all inquiries welcomed... all questions answered...

PTSD is real. Treatment has to be lovingly humanistic and holistic. Veterans deserve more than drugs to ease their pain and gain needed relief from their endured stressors. Since 911, I have devoted my focus to the underpinnings of PTSD, research, experimentation, testing and documentation, have come forth. A new offering prevails.  Rose Marie Raccioppi

INTRUSIVE THOUGHTS
Jerry Donnellan
No one ever returns from war. We are all casualties, as are the victims of terrorism.
Not just those who are killed or maimed, but those who are there. They saw war in a very small place. Some say that with time they will get over it.
Not true.  It fades. Goes out of focus. Takes up less space in your consciousness, but spiritually you have been captured.
Your soul remains a prisoner.
Then days, years, even decades later, one of your senses will be a trigger.  A smell, a sound – and instantly you’ll be back there in full color.  But only you can see it and, as quickly as it came, it’s gone.
As fast as gunfire – and nothing’s faster than gunfire. It’s past you before you hear it. They’re not flashbacks. It’s not some Rambo-rampage.  It’s more subtle, more fleeting.  Often triggered by something mundane – harmless and innocent.
They’re just sights, sounds, and smells, that happen to be around you when your world went crazy.  They’re like daydreams.  The professionals call them “intrusive thoughts.”
I’m not a psychiatrist or a doctor. Hell, I’m not even a good patient. But I’ve been around this block a couple of times. We all have had these experiences.
For the normal people, whoever they are, usually intrusive thoughts are things that come back from childhood.
When you were a kid you had more time to dwell on things.  Also, you had less on your mind so things made more of an impression.  Colors were brighter. Smells were more pungent.  Sounds were sharper. Tastes were stronger. So today you may smell a turkey cooking and for a brief moment it will take you back to your grandmother’s house during the holidays.  The sound of wind chimes might bring you back to your uncle’s back porch.  Get the picture?  We all have had them.
However, for the combat veteran they’re far less pleasant and in a funny way, far more nuanced.  For me there were no more beautiful sunsets after Vietnam.  It took me years to figure this one out.
I could be sitting completely comfortable on a pleasant deck after a day’s work with a beer watching the sun go down. Tranquil, right?  I would become uneasy, uncomfortable, hyper-alert, hyper-vigilant, and there was nothing that I understood that should have caused that. There were no bad thoughts and I wasn’t concerned about anything in particular.  I thought I must have been going crazy.  But I wasn’t.  However, there are those that would argue that point.
I was having a perfectly normal reaction to an abnormal set of circumstances.  In Vietnam, the setting sun was a warning of night. Night belonged to Charlie and my platoon would soon be moving into an ambush position. That smoky, hazy, jungle twilight was soon followed by the inky Asian night, and you would lie silent praying for morning or a quick death.  It’d been decades since the dust-off helicopter lifted me out of my war.
I thought at least for me the war was over.  It was over for me like it was over for others.  For anyone who’s been to war, it was over and over and over.  Even today, if I hear the sound of a Huey helicopter, I have to stop and look up.  The difference is, at least today I know why I’m doing it.  Trauma is trauma – whether in Boston or Baghdad, and if you were there your mind becomes a dry sponge, which is thrown into a raging river of sound and fury absorbing all of it – even the seemingly peaceful things.
And they will come back and remind you when you least expect it.
Submitted by:
Jerry Donnellan, Director of Veterans Services, Rockland County, New York
As posted: Letter to the Editor: A Veteran's Intrusive Thoughts - Government - Nyack-Piermont, NY Patch

I have posted several references to PTSD. As I hear many more of the stories told by our veterans, and meet face to face with those who have lived the ravages of the battle fields, I have come closer and closer to understanding the depths of consciousness that define the human condition. PTSD need not be a life sentence of confined horror housed within the hearts and minds of our veterans. I have suggested that the 'D' in PTSD be dropped. Post Traumatic Stress is not a 'Disorder' but a compensatory mechanism that must be understood, supported and transformed. Since 9/11, I have devoted my focus to the underpinnings of PTS. Research, experimentation, testing and documentation, have come forth with a new offering based upon ancient tenets of Egyptian and Chinese healing modalities:  APOGEE Acu-Tone™ ~ Vibrational Sound Therapy... YES, Your interest, support and understanding are ever received with loving gratitude... All inquires most welcomed.

The story of one who has lived the ravages of war and the horrors of PTSD, he is indeed a hero among us ...  Blue Suburban Skies: Combat: life and death in Vietnam~ http://bluesuburbanskies-liverpool.blogspot.com/2013/02/combat-life-and-death-in-vietnam.html?spref=fb

There are many different ways to help people deal with the symptoms of Post-Traumatic Stress. Some of you may be interested in the following information about sound therapy as an alternative treatment for PTSD. It just might help. If you have questions or would like further information, please call Rose Marie Raccioppi at 845-359-9056. A free initial consultation is offered.

PTSD ~ A spectrum of pain... A Responsive Paradigm

What is not in this moment, seen or heard, can yet be known and deeply felt. What is felt is the aftermath of an impression, a reference point, a memory. And so as we encounter each moment, we come to live the ongoing effect of our experiences, be they of joy or pain. We live within a spectrum of PTSD - Post Traumatic Stress Disorder. Deep within the consciousness lies the sounding call, the vibration that draws to itself the original experience. This vibratory connection within the memory of each cell must be fully understood. This is the paradigm of APOGEE Acu-Tone™ fully applied. To restructure the associated consciousness, to reeducate/rehabilitate the cell signaling, to bring forward a commanding awareness, to reduce the associated stress, to align energies for responsive well-being, this the intent and documented benefits of the vibrational/sound therapy program, APOGEE Acu-Tone™. Your inquiries are welcomed. Your questions will be answered. A free initial consultation is offered. E-mail: rmr@apogeelearning.com or Visit: http://www.apogeeacutone.blogspot.com.

Posted by Rose Marie Raccioppi at 2:26 PM No comments: