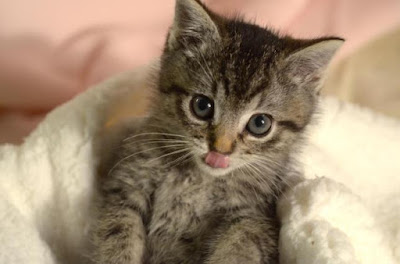 "We all know how wonderful it is to be around a purring cat. If there’s anything more soothing than to be lulled to sleep or woken up by the sound of purring, I don’ t know what it is. But a cat’s purr is not only calming and relaxing: research shows that the cat’s purr has healing properties and can actually heal bones, muscles and tendons.

Why do cats purr?

While we still don’t know the exact answer to this question, we do know that cats purr when they’re content and happy. They also purr when they’re frightened or stressed. In those situations, purring may be a self-soothing mechanism.
Cats begin purring when they’re only a few days old, which is thought to help the mother locate them for feeding time. This may also be why some adult cats purr when they eat.
The more scientists look at the cat’s purr, they more they seem to uncover.

Is purring a healing mechanism provided by nature?

In a 2006 study conducted by Fauna Communications, researchers found that the frequency of a cat’s purr is between 25 and 140 Hz. This covers the same frequencies that are therapeutic for bone growth and fracture healing, pain relief, swelling reduction, wound healing, muscle growth and repair, tendon repair, and mobility of joints. This would support the theory that purring is not just self-soothing for cats, but is actually a form of self-healing.
The researchers at Fauna Communications believe that it’s possible that evolution has provided the felines of this world with a natural healing mechanism for bones and other organs.  From the Fauna Communications website:
“Being able to produce frequencies that have been proven to improve healing time, strength and mobility could explain the purr’s natural selection.  In the wild when food is plentiful, the felids are relatively sedentary. They will spend a large portion of the day and night lounging in trees or on the ground. Consistent exercise is one of the greatest contributors to bone, (Karlsson et al, 2001), and muscle (Roth et al, 2000; Tracy et al 1999), and tendon and ligament strength (Simoson et al, 1995; Tipton et al 1975).  If a cat’s exercise is sporadic, it would be advantageous for them to stimulate bone growth while at rest.  As well, following injury, immediate exercise can rebreak one and re-tear healing muscle and tendon (Montgomery, 1989).  Inactivity decreases the strength of muscles (Tipton et al, 1975). Therefore, having an internal vibrational therapeutic system to stimulate healing would be advantageous, and would also reduce edema and provide a measure of pain relief during the healing process. “
Click here to read the full study.

There are a number of studies that show that cats are good for our health. A 2008 study at the University of Minnesota showed that cat owners have a 40% reduced risk of heart attacks. Other studies have shown that just petting a cat can lower your blood pressure.
There are numerous reports from cat parents recovering from surgery or injury of cats insisting on laying on or near the area of the human’s body that needs healing. So I don’t think it’s much of a stretch to think that they don’t just do this because they love us or are worried about us, but that there’s actually a tangible physical benefit when they literally purr us back to health.
I’ve always believed that animals, and cats in particular, are healers.  Isn’t it nice to know that just listening to our cats purr is not only good for our soul, but also good for our body?"

After reading this article, you may have a new appreciation for your cat.

Binaural Frequencies and a "Perfect Fifth..."

A word about the interval of a "Perfect Fifth”…

The Perfect Fifth brings all parts of ourselves into a unified harmony. We intuitively know we are in tune because we are 100% involved and simultaneously relaxed. The ideal nervous system pitch, a place where there is just the right amount of tension, is called “being in tune”.

The “perfect” in Perfect Fifth refers to the harmonious sound which unifies opposites. The Chinese philosopher, Lao Tzu, referred to the Perfect Fifth as the sound of universal harmony between the forces of Yin and Yang.  The Alchemists called the Perfect Fifth “crux ansata”, and considered it to be a transition point where matter crossed over into spirit. The “crux ansata” is also called the “anak” by the Egyptians who thought of it as a still point where the earth ends and our ascension into spirit begins. For them, the number five was the perfect combination of even (2) and odd (3) representing the unity of spirit and earth."

The expression of five in sacred geometry is the dodecahedron. It is the Fifth Element. Here in the APOGEE Acu-Tone™Sound Sanctuary it is well represented.

Posted by Rose Marie Raccioppi at 2:57 PM No comments:

I am pleased to share this article. What is put forth is indeed in accord, and in resonance with the perspectives that have been integrated into the offerings of APOGEE Acu-Tone™.
https://apogeeacutone.blogspot.com/2012/12/what-is-known-what-is-applied-vibration.html
Rose Marie Raccioppi, MS FABI
"Today, we understand that all things in the universe are forms of energy with their own frequency and vibration – including crystals. Nikola Tesla declared this concept as the key to understanding the universe and proved how certain forms of energy can alter the vibrational resonance of other forms of energy. This concept is why healing crystals and stones are still used today to align, heal and alter the vibration of bodily cells, chakras, and the subtle bodies by holistic healers.
The ancients didn’t have access to the enlightening scientific information that we have today concerning the power of healing crystals. However, people around the world seemed to instinctively be drawn to these lovely gems and have a deeper understanding of their value and meaning in the greater scheme of the universe. 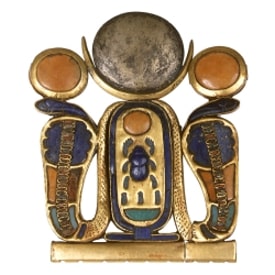 Minerals, gems, and crystals have been used for millennia to enhance emotional, physical and spiritual balance. How the ancients knew, we may never know for sure, but these cultures certainly considered stones a major aspect of their existence.
Roman Culture: Talismans and amulets of crystal were typical amongst Romans. Most often, they were considered useful in enhancing health, attracting desirable things, and for providing protection in battle.
Ancient Egyptians: One of the biggest historical proponents of healing crystals, the Egyptians buried their dead with quartz upon the forehead. This was believed to help guide the departed safely into the afterlife. Pharaohs toted cylinders filled with quartz to balance the Ba and Ka energies of the body. Strongly associated with the Sky Goddess Isis, crushed Lapis Lazuli stones were most notably worn by ladies of royalty – like Cleopatra – upon the eyes to promote enlightenment and awareness. Dancers donned rubies in their navels to foster their sex appeal. Many wore crystals over the heart to attract love, and placed crystal-laden crowns upon their head to stimulate enlightenment and awaken the Third Eye.
Chinese Culture: Chinese medicine commonly incorporates the use of healing crystals – including crystal-tipped needles used in acupuncture and Pranic healing sessions. These traditions hail from nearly 5000 years of practice.
Ancient Greeks: Crushed hematite was often rubbed upon soldier’s bodies prior to entering battle with the idea that it made them invincible. Interestingly, the word ‘crystal’ is thought to derive from the Greek word ‘krustullos,’ – meaning ‘ice’ – and until the 1500’s many ancients believed stones like clear quartz crystals were eternal ice sent from the Heavens. The mythological story of Amethyst plays a vital role in the story of the God Dionysus and Goddess Diana, and the word is said to be the Greek translation of ‘sober’ or ‘not drunken’ – something Dionysus could have spent more time being.
Traditions in India: Aryuvedic medicine in India considers crystals valuable for healing emotional and metaphysical imbalances. The use of various healing crystals is documented within the pages of the Hindu Vedas, which also references each stone’s specific healing abilities. Sapphires are thought to bring astuteness, clarity and mental balance, and jasper is thought to bring harmony, sexual vitality, and balance base chakras.
Ancient Japanese Beliefs: Scrying was a common practice in early Japanese culture, and it is very similar to looking into a crystal ball as we see some psychics do today. Crystal quartz spheres were considered representative of the heart of a dragon and signified their power and wisdom.

What We Know Now About Healing Crystals 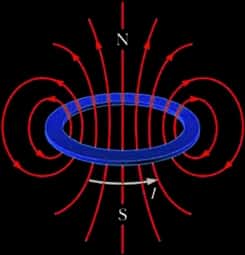 Concepts of Electromagnetism
Concepts of electromagnetism as proven by James Clerk Maxwell and their interdependent nature along with the various breakthroughs in quantum theory have given us scientific evidence for what the ancients always knew. Because everything vibrates at certain frequencies, they have the ability shift and alter the frequencies of other objects or bodies when they occupy the same space.
Hence, a crystal – which vibrates at its own frequency oscillations – vibrates within our own energy field through the physical law of resonance and creates a larger vibrational field, affecting the nervous system and transmitting the information to the brain. In essence, these connecting vibrations can harmonize frequencies and stimulate biochemical shifts that affect physical health in a positive, healing way."
©Universal Copyright 2014 is authorized here. Please distribute freely as long as both the author Stephanie Lucas and www.QuantumStones.com are included as the resource and this information is distributed on a non-commercial no charge basis.

There is an art, there is a science, there is its expression… thought, vibration, sound, call to our consciousness, define our experiences, signal our cells, the very systems and organs that hold to life, BE it an idea, a word, an illusion, an impression, a truth, a falsehood, a vision, an aspiration, a knowing. We are to come to understand the matrix of feelings and consciousness in its myriad of expressions, be it of pain or joy,  faith or fear, acceptance or rejection of SELF.

Posted by Rose Marie Raccioppi at 8:30 AM No comments: