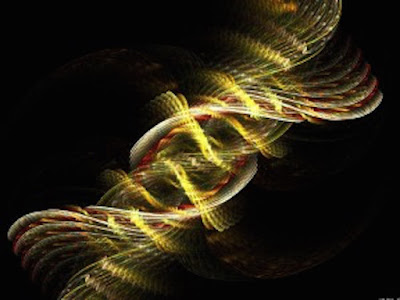 528Hz - DNA repair - art and science of restorative frequencies.
ROSE MARIE RACCIOPPI·THURSDAY, OCTOBER 11, 2018
"You are a digital bioholographic precipitation, crystallization, miraculous manifestation, of Divine frequency vibrations, coming out of Water. Get it? You are the music, echoing universally, eternally, hydrosonically, with your heart at 528Hz!"
~Dr. Leonard Horowitz.

The healing power of the 528Hz frequency has been known since Ancient times, but it has only been researched and recorded as late as the 20th Century.

Initiating a three minute exposure to a 528 Hz acoustic tuning, as part of the APOGEE Acu-Tone™ attunement session, has shown itself to be calming, centering, energizing and most welcomed. The sounding vibrations fill the room embracing all surrounding space. This is followed by listening to one's own heartbeat with a stethoscope, bringing one deep into one's own resonant sounding.


Based upon a preliminary APOGEE Acu-Tone™ assessment, vibrating calibrated tuning forks are applied onto acupuncture points, cranium points and reflexology points, with the frequency that each calls for to bring about balance, flow and circulation.

The body is more than atoms, molecules, cells, organs, and organ systems. The physical body is also responsive to chemical impulses and electrical impulses that can be measured.

Electroencephalography – EEG measures the electrical impulses of the brain and Electrocardiography – ECG measures the electrical activity of the heart. Electromagnetic fields in the body can be measured by Magnetic Resonance Imaging - MRI. These electromagnetic fields are impacted by a host of internal and external triggers, blockages and/or stressors.

Through Quantum Physics it has become known that sub-atomic particles move in a wave which has a frequency, creating energy. Every human body cell has its own electromagnetic field. Every human cell has and is responsive to frequency and vibration. The healing frequency of 528 Hz has been researched and explored by genetic biochemists that are currently using it in their labs to repair DNA that has been damaged.

"528 Hz repair DNA-it is part of the 6 tones of the ancient Solfeggio Scale." Dr. Robert Girard

Frequency 528, relates to the note MI on the scale and derives from the phrase "MI-ra gestorum" in Latin meaning "miracle."

Stunningly, this is the frequency used by genetic biochemists to repair broken DNA - the genetic blueprint upon which life is based.


"The Healing Codes" by Dr. Leonard Horwitz states that 528Hz is the Love Signal (Divine Love). It repairs the DNA. "Recently, there have been a number of scientists who have been taking genetics to new levels. As I was evolving in my own work, I found myself investigating DNA. My previous books Healing Codes For The Biological Apocalypse and Healing Celebrations looked at spiritual and healing miracles and how they relate to genetics. In Healing Codes For The Biological Apocalypse, we revealed that the specific trigger that influences genetics is the Creator's musical scale (Do, Re, Mi, Fa, Sol, La, Ti) called the Solfeggio Scale. The specific note that caught my attention was "Mi" or Miragestorum in Latin. It has an electromagnetic frequency of 528.”

“Based on the research I've done into Pythagorean mathematics, I was able to decipher a hidden code with this frequency. If you study Pythagorean mathematics (the ancient mystery school), all numbers and words are in code. With mathematics, a key to unraveling the code is to keep adding multiple numbers until you obtain a single digit integer. For example; with the number 528, which is the electromagnetic frequency of "Mi," it works like this: 5 + 2 + 8 = 15. Then you add the 1 plus 5 because you always reduce to the single digit integer and as a result you come up with 6. I've termed it "Miracle 6" because the note "Mi" is the repair frequency for DNA." Dr. Leonard Horowitz, Interview: Source: http://tuberose.com/DNA-- Pirates of the Sacred Spiral.html “

Dr. Gariaev Ph.D, a Biophysicist and Molecular Biologist who is a member of the Russian Academy of Sciences and the Academy of Sciences in New York, found that the basic structure of DNA alkaline pairs is the same as that of human language. So it can be influenced and repro¬grammed solely through thoughts.

Dr. Bruce Lipton, Ph.D., is an internationally recognized Cellular Biologist and a pioneer in a field of study called Epigenics. He coined the term, Spontaneous Evolution, having discovered that the cell's DNA scans our environment for frequencies that are relevant to our existence, according to cell memories, changes its structure, and then sends messages to reshape itself accordingly. This is an example of external triggers impacting positively on the DNA. The healing frequency is received by the cell's command and control center, the cell membrane, and it transforms the shape and integrity of the cell. The tone of Mi originates from MIra gestorum, meaning 'miracle'. This tone has a frequency of 528 Hz, which is used for 'transformation and miracles'.

Vitality and Sensuality ... markers of balanced energy, harmonic cell signaling... the state of vibratory health... this the offerings of APOGEE Acu-Tone™... this the experience of well being...
~Rose Marie Raccioppi
Call for your Introductory Consultation:
Rose Marie Raccioppi, MS FABI
APOGEE Paradigm™ 845-359-9056 toll free: 1-866-228-8663
1-866-ACU-TONE RMR@apogeelearning.com
Personal Consultations and Workshop Presentations are now being offered.
Testimonials: APOGEE Acu-Tone™ ~ Vibrational Sound Therapy: What is known ~ what is applied ~ Vibration and the APOGEE Acu-Tone™Paradigm:  http://www.apogeeacutone.blogspot.com/2012/12/what-is-known-what-is-applied-vibration.html

Posted by Rose Marie Raccioppi at 6:42 PM No comments: